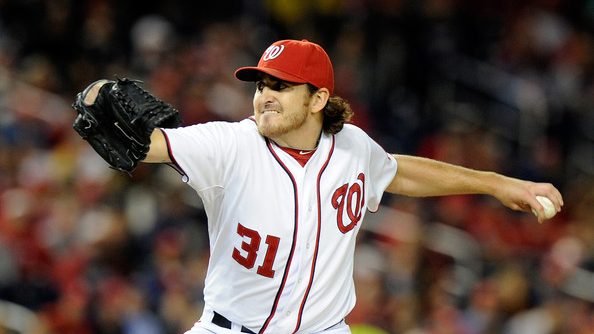 A two-time Opening Day starter for the Nats, Lannan ended his previous five year stint with the Nationals in April 2012, asking general manager Mike Rizzo for a trade after losing out to Ross Detwiler in a battle for the fifth starter spot. Lannan hasn’t pitched in the majors since 2014 with the Mets and compiled ERAs north of 5.00 at Triple A with the Rockies in 2015 and the Royals last year. But our prodigal son has returned, probably on a $30,000 salary deferred over three years that the Lerners had to personally approve. Time heals all wounds.