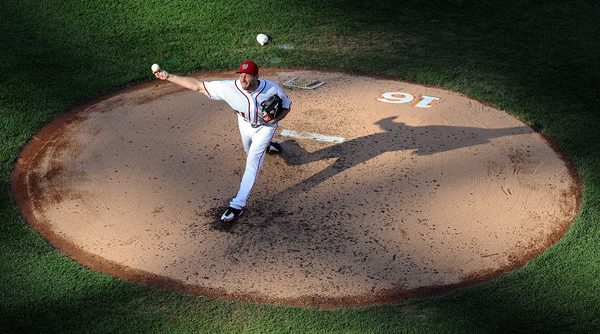 As the Washington Nationals enter the National League Division Series, all eyes are on whether they can finally win a postseason series. The club’s health in recent weeks complicates the picture against the Los Angeles Dodgers, but the pieces are in place for a competitive first round matchup.

The postseason, as a whole, leaves little room for error, but that is especially true in the best-of-five Division Series. For the Nationals, the last two postseason trips have ended on near misses in the Division Series — first with the crushing five-game loss to the St. Louis Cardinals in 2012, followed by another heartbreak at the hands of the San Francisco Giants in 2014.

If this postseason trip is going to be different, the Nationals need avoid the pitfalls that affected them in previous years — largely by hitting better, having the rotation carry over its regular season performance, and leveraging better bullpen matchups. One key factor, however, is that this team—unlike its playoff predecessors—has Max Scherzer in its rotation.

The other factor is how Scherzer has performed in the previous playoff trips In general, I prefer not to overanalyze a pitcher’s postseason numbers—if a pitcher proves to be good or great during the regular season, chances are that he will carry that over to October. To put it another way, for as much as the narrative about Clayton Kershaw’s postseason struggles is circulated, it would not be at all surprising if he dominates the Nationals in Game 1 because he’s a great pitcher, and that’s what great pitchers do.

With Scherzer, there seems to be a direct correlation between his regular season and postseason success. In 62 2/3 innings pitched across 12 games (10 starts), Scherzer has struck out 80 batters while walking 25 and posting a 3.73 ERA. The ERA needs to be taken with a grain of salt — it’s over a small sample size, and largely inflated by bad stat lines from two games — but the numbers show that Scherzer is capable of delivering in big situations.

Scherzer is likely to start Friday, positioning him to make another start later in the series if necessary. If it comes to that, having Scherzer start two games may very well make the difference in a round where there is a more significant weight on the outcome of one game.

The Nationals will a solid all-around effort to get past the Dodgers, but Scherzer gives them an advantage that they could not claim in previous postseason trips.