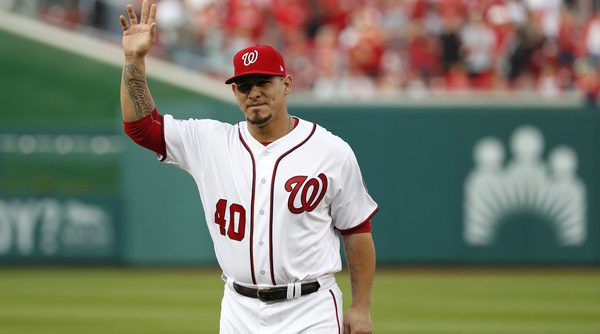 One of those moments could have gotten lost in the shuffle if it weren’t for @NatsOnReddit: the time that Willy caught a foul ball like any cool high schooler from 80s movies wishes they could have. Incidentally, this is also how I would want to look if I were ever to fight anyone. “Hold this catchers helmet that I for unknown reasons have on my person, I’ve got business to take care of.”

Ramos is also the author of probably the most important bunt in Nationals history of the non relief pitcher variety. The Nats were down in the NLDS 2-0 before Willy’s first sacrifice bunt in three years would set Washington up for its first postseason victory. If we knew then what we knew now, the camera crew probably could have found a camera angle of Ramos looking at Madison Bumgarner long enough to force the ensuing 2-run throwing error.

Ramos said after the game that he told himself, “Willy, you have to do this,” as pre-bunt motivation. Applicable in all tough situations and likely the most moving bunt-inspired phrase in the history of the game, it will — baseball gods willing — outlast Willy’s final out on a baseball field.