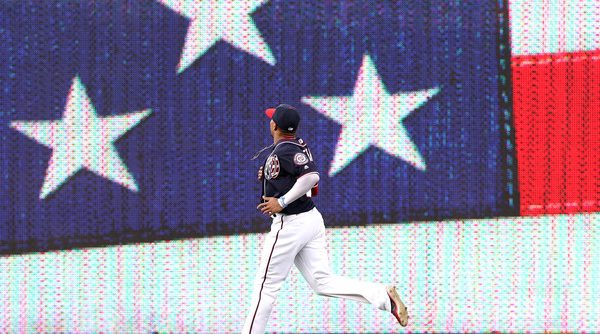 Ben Revere started off this season on the DL after he strained his oblique in the first game of the year. He returned after a month to assume the leadoff-man duties and has been, shall we say, less than effective for the Washington Nationals. When the calendar turned to June, Revere picked things up a bit hitting .286 and – more importantly – getting on base at a .375 clip, but let’s take a deeper look at what is ailing Ben Revere, otherwise known as the leadoff man not playing like a leadoff man.

The stat lines so far for Revere don’t look at all that great. He has been below the Mendoza line for the year, and he is not getting on base either, with an abysmal .250 OBP. What is different this year and why is Revere not producing at the plate compared to his career numbers (.290/.325/.345)?

Revere is a contact hitter who relies on his speed to get on base. He doesn’t walk or strike out a whole lot, so he relies on putting the ball safely in play for his success. The problem with this approach is it can be highly dependent on luck and defense for success, as measured by Batting Average on Balls in Play (BABIP). Revere’s BABIP is an absurdly low .206 so far this year. That is a far cry from his career BABIP of .320. If his luck evens out and some of those hits start falling his average would be close to .290 and his OBP would be near his career numbers of .325.

But if you take a closer look at the numbers, it’s not just luck and good defense that lowered his BABIP/OBP; his batted ball profile changed a bit as well. From his career year in 2014 with the Philadelphia Phillies where he slashed .306/.325/.377, his GB/FB ratio was 4.51 compared to 2.07 ratio this year. He needs to keep the ball on the ground to take advantage of his speed. Couple these numbers with a slight decrease in contact rate with pitches in the zone and an increase in contact out of the zone (otherwise known as hitting more bad pitches), and it’s clear that at least some of the responsibility for these below-average numbers rest on Revere’s shoulders.

Wait a minute, you claim, Ben Revere didn’t come here for his bat, he came here for his base running! His steals! He stole 49 bases in 2014, and that can only help the Nats! Well, so far this year Revere has two stolen bases and been caught three times. Realizing speed and baserunning ability is not all about just stealing bases, FanGraphs came up with a stat called BsR that provides a number of runs added or subtracted based on categories like taking an extra base and avoiding double plays as well as your stolen base percentage. With that metric, Revere doesn’t fare well either. In fact, he sits at -1.4, worse than Ryan Zimmerman with a bum foot (-1.1) and just slightly better than Wilson Ramos, who’s nickname is the literal manifestation of how slow he is.

Part of his poor baserunning metrics is the small sample size; he has only been on base 17 games all year. Those numbers should improve, as should his overall stats, as the season continues and he gets on base more. But right now, the Nationals don’t have a prototypical leadoff hitter and they are actually worse off because of it. With Revere out of the lineup, the Nats are 21-9, with him in the lineup they are 15-14, and even when Revere gets on base the Nationals are only 10-7. I realize one man doesn’t dictate wins and losses, but let’s hope for the Nationals’ sake that Revere has indeed turned the corner, because a leadoff man that doesn’t get on base and doesn’t add value on the base paths is no leadoff man at all.