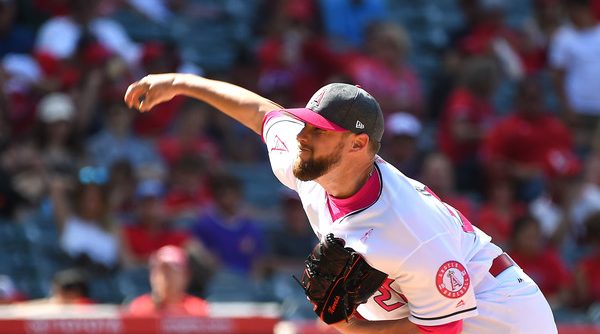 After yet another game in which the bullpen proved porous, Nats Twitter is once again abuzz with demands for a new reliever. As if there was any doubt, the team has acknowledged its greatest weakness in a significant way, announcing that top starting pitching prospect Erick Fedde will shift to relief with an eye towards contributing in the majors sooner rather than later.

But even returns to form from existing relievers and a star turn from Fedde would not be enough to rescue the sorry bunch that is the Nationals’ relief corps. It’s stupendously likely that the Nationals will move to acquire a reliever at the trade deadline. That deadline is still more than two months away, but it’s never too early to start thinking about guys who might soon be wearing the curly W.

Robertson was the most common name bandied about in the Nats’ search for a closer via trade this winter — so much so that many observers are surprised a deal hasn’t happened yet.

hey, here’s an idea no one’s thought of. david robertson and the nats. seriously, they need him (or someone just like him)

As recently as February, it seemed like a deal was close, but the teams reached an impasse over the inclusion of catching prospect Pedro Severino.

If the #Nationals are willing to trade catcher Pedro Severino, the #Whitesox would probably move David Robertson w/some salary relief.

A deal of Robertson and cash straight-up for Severino seemed like a no-brainer, and why it didn’t happen is beyond me. MLB.com rates him as the Nationals’ 8th-best prospect, and he seems destined to be a backup at best in the majors. But the Nats wouldn’t budge, as Robertson was owed $25 million over the next two years and walked more than a batter every two innings in 2016 en route to a middle-of-the-road 3.47 ERA.

Since then, the two players’ values have diverged. Severino is suddenly striking out twice as often as usual en route to a miserable .473 OPS at Triple-A Syracuse. Robertson, meanwhile, is striking out more batters than ever (over 14 per nine innings) and has cut his walks, leading to a 2.37 FIP but 3.21 ERA after a blown save Tuesday. As such, his price has surely gone up. He’s a fine closer who used to be an elite one, and he is still under contract for another year. His hefty salary might make Ted Lerner leery, but he’s as fine a fit as any for the Nats’ bullpen and won’t require that they sell the farm.

The Cadillac of closer trade candidates, Colome was also reported to have been a Nats trade target this winter. But those same reports said the Nationals would not give up Victor Robles in any Colome trade, and with that, the chatter seemed to die.

Tampa isn’t crazy for making massive demands for Colome. In 2016,  his first full season in relief, Colome posted a stellar 1.91 ERA (but a 2.93 FIP) en route to an All-Star berth. He’s also supremely cheap and controllable, making just above the major league minimum this season and under team control through the 2020 season. His strikeouts are down and walks up in the early going, but no homers allowed means he has a 2.12 ERA and 2.43 FIP. He remains one of the best closers in the game, and the price on him is understandably high. Could the notion of securing the ninth inning for years tempt Mike Rizzo to give up a player like Juan Soto? It’s unlikely, but it’s hard to rule anything out.

Herrera is the subject of the most recent closer rumors du jour. One of the most dominant relief arms of the past few years, with an ERA under 3 every year since 2014, Herrera ascended to the closer’s role when Wade Davis got hurt last summer and kept it when Davis was dealt to the north side of Chicago. Armed with a blazing 100 MPH fastball and terrific command — he walked just 1.5 batters per nine innings in 2016 — Herrera has been fearsome, notching a 2.30 ERA over the past three years and earning two All-Star appearances.

But Herrera’s ability rating falls due to a mediocre 2017 to date. His strikeouts have fallen from 10.75 per nine last year to just 7.31 this year, and he’s given up over two homers per nine so far. His ERA is a fine 3.38 thanks to an absurdly high strand rate, but his FIP is an ugly 5.20. His fastball still averages 98 MPH and he is still stingy with walks, so it’s hard to pinpoint what his issue has been. If the Nats think he’s fine, he could be a fine buy-low option should he continue to struggle. He’s under arbitration for 2018 too, making him more expensive than a rental.

Here’s an unusual suggestion. You may recognize Norris’ name from his years as a mediocre starter on the Astros or a bad starter on the Orioles. But at the ripe old age of 32, Norris has converted to relief full-time with the Angels and taken off. He struck out eight per nine innings last year and hadn’t topped a strikeout per inning since 2010 but has suddenly jumped to a 11.39 K/9. His walk rate is similar at 3.38, though his homer rates and BABIP are unsustainably low. The end result of all these is a fine 2.95 ERA and 2.50 FIP.

His success has come from emphasizing different pitches. His pitches are mostly the same by velocity and movement, but he has made his cutter his primary pitch after throwing it just 10% of the time last year and never over 4% of the time the rest of his career. He throws it almost 40% of the time now, with his fastball and sinker coming in around 20% each. Norris’ transformation from blah starter to strong reliever by throwing more breaking balls may seem too Blantonesque for some fans’ comfort, but Norris is on a one-year deal and the Angels would likely accept any legitimate prospect for him to help fill out their barren farm system.

Watson has taken his escape act to a new level this season, pairing a 1.62 ERA with a 4.82 FIP. Never a strikeout artists, his Ks have fallen even further to about seven per nine innings this year, and his walks have jumped a full walk per nine to 3.78. Most troublingly, he is allowing a lot of hard contact: His BABIP against is a hefty .321 as opposed to its elite career level of .254. His line drive percentage is at its highest since his rookie season in 2011, and his percentage of soft contact is its lowest ever.

As a pure rental, Watson should come cheap if his strand rate falls and his ERA rises. He’s a fine fit for the Nationals, who need a lefty to go with the mercurial Oliver Perez and Enny Romero since Sammy Solis went on the DL.