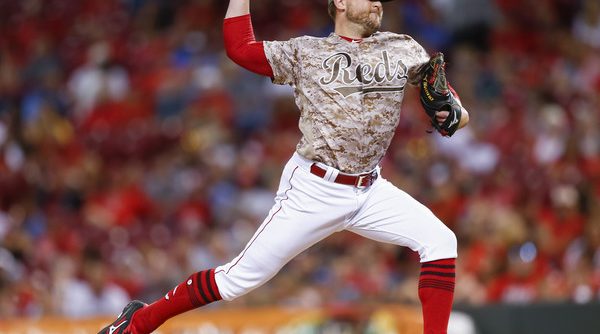 This is a special guest post from Twitter’s own @isaacthings. Enjoy!

Please be nice to Drew. I know he blew those games, but please be nice. This weekend, he will probably appear in a game at Nats Park. Please don’t boo him. Why would you go and do something like that? He always seemed like a pretty good dude. When he first broke into the majors, he added my friend Evan on Xbox Live. Would a bad person add my friend Evan on Xbox Live? I don’t think so. People don’t even know the guy. Drew is just a man trying to his job the best he can. I think we can all relate to his story. As the internet’s leading niceness expert, I know the harm that can come from being not nice, or “mean” as it’s sometimes called.

Some fanbases have strong reputations for being extremely mean. In 1968, fans of the Philadelphia Eagles famously booed Santa Claus and pelted snowballs at him. Today, good-natured Philly fans want to shake this reputation. If you even bring it up today, they start throwing batteries at you. Ouch! Washington Nationals fans seem to have a pretty good reputation thus far for being friendly. In particular, I have noticed a strong contingent of super chill older people within the Nats fanbase. Have you met my dad? He is super chill. He’s another guy who understands the value of being nice. Why would anybody be mean when they can be nice instead? I know Nats fans love giving standing ovations to people who don’t deserve them, so maybe don’t do that. But don’t boo him, y’know?

If you boo Drew Storen, it wouldn’t be the first time someone disrespected him. Mike Rizzo disrespected him when he brought in Jonathan “The Fightin’ Junebug” Papelbon to replace him in the midst of a successful season. Papelbon doesn’t have a cute, folksy nickname, so I decided to make one up for him. Several Cardinals and Giants batters also disrespected Storen when they decided to get a bunch of hits off him in the playoffs. These decisions obviously hurt Drew, and yet people want to boo him more? I say we should not boo Drew, for that would not be very nice.

As an extremely nice person who believes in good versus evil, the negative reaction towards Drew Storen alarms me. I wouldn’t like it if some guy got mad at me for making mistakes at my job, and neither would you. At the end of the day, baseball is just a game. Please be nice to Drew. The baseball gods will smile down on you for it. 🙂