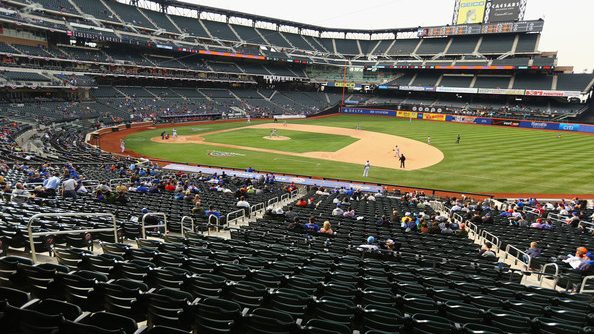 Congrats, Nationals! You’ve clinched the NL East. Hope you had fun pouring champagne on each other and getting blasted with the off day on Monday.

But the looming question remains: What do you do now? You’ve secured your postseason spot, but you still have three long weeks before the season ends. While everyone else is still fighting to get in, you’ve been given the gift of time, which is both a luxury and a curse. Now all you have to do is figure out the best ways to spend it, and there’s an extensive list of things that you should do and things that, well, you probably shouldn’t.

Your starting rotation, though one of the best in baseball, is also one of the most heavily used. The starters often get to pitch counts well over 100, and it’s time to take that down a notch. Let them get a breather. Don’t push them during games if it’s not necessary. Let other guys make a start here and there. Your starting pitchers are the key to your postseason. Max Scherzer and Stephen Strasburg are an epic one-two punch that can match up with the best of the best. Scherzer, Gio Gonzalez, and Strasburg have the second, third, and fourth best ERAs in the National League, respectively. Tanner Roark has a second-half ERA of 3.19. Rest them, manage them carefully. You have A.J. Cole for a little bit longer, use him instead. You need these guys for a deep postseason run.

This time around, you should have something you’ve only had once in the postseason before: Strasburg. Though a lot of analysts will say that Bryce Harper‘s presence is the make-or-break factor in the postseason, in reality, it’s Strasburg that’s the X factor. In his career, he’s only had one single postseason start, giving up 2 runs over 5 innings, his current career postseason ERA sitting at 1.58. You need Strasburg in order to make a big run, and to finally put together the storyline of 2012, which people are still talking about for some inexplicable reason.

While you’re at it, rest the rest of your starters. Ryan Zimmerman, Anthony Rendon, Daniel Murphy, and Matt Wieters have been going all year, and they’ve more than earned some rest. Jayson Werth, Trea Turner, and Michael A. Taylor have all been injured at some point this year and I’m sure they would appreciate a little bit of time off their feet. You have all the young guys milling about, give them some starting time. This will not only rest your starters but give them an audition for the postseason roster. Wilmer Difo is a lock, but Andrew Stevenson, Adrian Sanchez, Victor Robles, Rafael Bautista and others are all young guys who would love to make it onto that roster. Use them as you please while they’re still here.

While the rest of the league is still up in the air, you can narrow your potential first round opponents down to a few teams. Barring a complete implosion by the Dodgers, you’re likely going to play the Cubs or Brewers in the NLDS. You don’t have to send out your advanced scouts or anything, but during the next few weeks, you can keep an eye on both teams.

The Cubs’ lead over the Brewers is two games, and the Cardinals are right there knocking on the door as well. That race could get really interesting.

4. Try to get Harper back onto the field

Take as much time as you need with this one. We want Bryce healthy, but it’s no secret that his presence in the postseason lineup would be a huge boost. He’s full of energy, fire, and opposing teams fear him. He hasn’t played since he was injured on August 12, though he has done some light throwing of late. The questions are these: Will he be ready to get back on the field before the regular season ends, and even then, will he be ready to perform at full caliber? At this point, we don’t know, but Bryce’s status needs to be one of the primary focuses of the next few weeks.

1. Think about getting Adam Eaton ready for a Schwarber-like resurrection

They say it can’t be done. They say Eaton’s injury is too severe, that it will take too long to recover from. Eaton says otherwise. And we have solid proof from last year’s World Series that it is in fact possible. Now, will it happen? I don’t know. Eaton has done some baseball activities, but that doesn’t mean he’s anywhere near ready enough to get back onto the field. But this is something to keep in the back of your mind and put on the back burner. Don’t focus all of your energy on getting Eaton ready, but don’t stop, either. There’s a small chance he could come back; Eaton himself is trying his hardest. But for that to even be the slightest possibility, you have to make a deep postseason run. That’s your task. For Eaton to help you, you have to help Eaton.

1. Worry about getting #1 seed

You don’t need the number one seed. Do you really want to face the Diamondbacks in the first round? I don’t. There’s no reason to make a push for number one seed. That’s not important. Number two seed is what you’re going for. Having home field against your NL Central opponent will be good enough. If the Dodgers decide to implode and give you home field during the entirety of the National League playoffs, well, that’s on them; it’s not something you need to worry about. And, as it stands, you have a better record than every American League team, so you’re looking good there, too.

The most important thing is to not lose focus. That might be the most difficult thing to do. You’ve clinched incredibly early, and it seems you don’t have a lot to play for. The biggest threat to you is losing your fire while everyone else is fighting it out down the stretch. Your schedule isn’t going to make it easy for you to recapture that fire: Your entire schedule for the rest of the season consists of teams under .500, except for a series against the Dodgers September 15-17.

So while you’re giving everybody some rest, you have to make your own excitement. Use the Dodger series as a playoff primer. Pad the stats of everybody looking for an MVP bid (Rendon, Zimmerman, Murphy) and a Cy Young bid (Scherzer, Gio, Strasburg). Once you have about a week or so to go, start to ramp it up again. Get everyone back in playoff form. Get the starters back in the lineup. Get that momentum going into the postseason. You’ve got so much time. Now you have to use it to your advantage to make a deep postseason run.