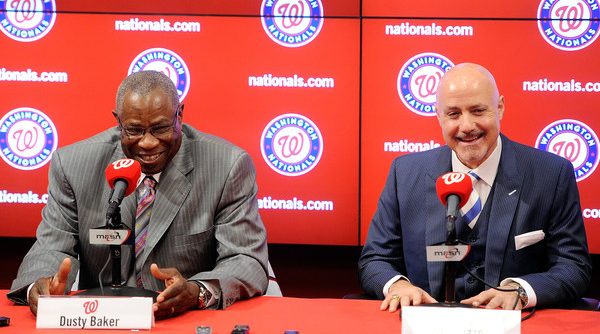 The first quarter of the 2017 season has been quite the ride; full of walk offs, bullpen atrocities, and battles for tiny resin humans. With the Washington Nationals 39 games into the season (roughly 24%), holding a record of 25-14, now is a good time to look at how the rest of the season should shape up.

The Nats have had a relatively easy first month and a half: only 13 games have come against teams with a winning record. They have played well in those games, going 8-5. The next three weeks should be easy as well: Washington does not play another team over .500 until they visit the Dodgers on June 5th. The Nationals will want to take advantage of an easy May to continue to build what is already a massive nine-game lead over the Mets.

Seemingly every very baseball writer in the country has talked about this team’s much-maligned relief corps, and for good reason. Washington entered Wednesday with a relief ERA of 5.19, 27th in the Majors. It is impressive that the Nats have been able to persevere and still hold the National League’s best record as of May 17th. Mike Rizzo knows that he will have to make moves to shore up the bullpen, but this hot start gives him the luxury of patience. For that reason, do not expect any trades before the All-Star Break. Instead, here are a few internal moves that you should be on the lookout for in the coming months.

Life will start getting tougher for the Nats in June, when they play 20 straight games from the 2nd to the 21st, thanks to the May 11th rainout. This stretch, along with a tough combination of four games against the Cubs and three each against the Cardinals and Mets from June 26th to July 5th, should leave no doubt about how good this team is as it approaches the All-Star Game. Depending on the divisional lead and success of positions that lack organizational depth, like starting pitching, we could see the Nationals be the most aggressive team on the trade front. Fortunately, there is an expectation in the industry that there will be a surplus of available starters. If that becomes a need, Rizzo may try to find a way to bring in a starter and a reliever in tandem. If he gets a center field replacement, which I opined was necessary last week, then there are a few options there as well.

Regardless, this should be a fun next couple months for Nationals fans. The game’s best offense and one of the best pitching staffs should carry this team through rough patches and the clear need for outside help will make tracking the rumor mill a necessity. FanGraphs has the odds of the Nats winning the division at 95%, so this team is well on its way to playing October baseball. Try to enjoy watching one of the sport’s most exciting teams for the next three quarters of the season and put their history with the first round out of mind. Don’t worry, Mets fans will constantly be reminding you about that anyway.