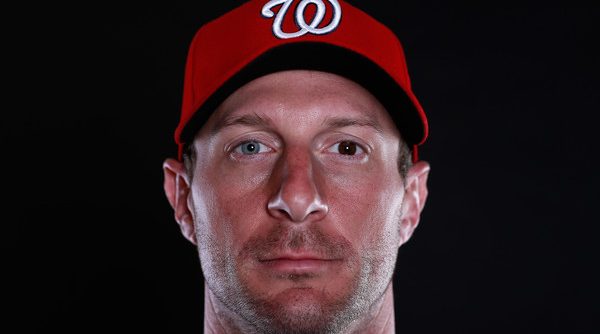 After a bit of a rough stretch, the Washington Nationals went back to what they’ve been known most for over the past couple of years: fantastic starting pitching. From May 21 to May 31, the starters have been lights out, giving up an average of 1.6 runs per game, going an average of 7 IP per start, and leading the team to a 8-2 record whilst winning a series against the Mariners, Padres, and sweeping the Giants. While the starters have been solid all season (they have a season ERA of 3.64, which would be even lower save for a few fluke starts), the last two weeks have been something to behold.

We are blessed to have a staff consisting of a true ace, a pitcher that would be an ace on just about any other team, and two additional starters that can range anywhere from consistent to stellar. They all have stretches when they’re pitching their best stuff, and they all decided to do it at the same time.

Over Max Scherzer’s last two starts, he’s been nothing short of amazing and practically unhittable. Against the Padres and Giants, he’s gone 2-0, giving up a grand total of 2 runs, 8 hits, and 2 walks over 17.2 innings pitched (including a complete game), with a whopping 24 strikeouts. His ERA over that span was 1.02, and opposing batters hit .136 against him. Good luck if you’re trying to have some success against the reigning Cy Young winner because it isn’t going to happen.

Let’s not forget about Stephen Strasburg, who over the past two weeks both a) halted the Nats’ 4-game losing skid, and b) had the best start of his life and finally surpassed the strikeout total from his major league debut. Over his last two starts against the Braves and Padres, Strasburg went 2-0 giving up a total of 2 runs, 8 hits, and 2 walks with an ungodly 26 strikeouts over 14.2 innings pitched. Over those games, his ERA was 1.23, and opposing batters hit .148. Imagine being an opposing team and having to face Scherzer and Strasburg in back-to-back games. I’d just throw in the towel.

Flying a little under the radar has been Tanner Roark, who has been pitching some of his best ball and is looking like his 2016, tenth-in-Cy-Young-voting form, which is refreshing to see after a rocky stretch in which he had to grind through some starts. Roark cruised past the Mariners and Giants, going 2-0, giving up just one measly run, along with one walk, and 14 strikeouts over 14 innings pitched. Opposing batters went .264 against him, and his ERA over those starts was a minuscule 0.64. Roark hasn’t been pitching his most dominant ball, but arguably his best ball.

Even though the Nats lost one of Gio Gonzalez’s starts over this ten-game stretch (why, bullpen, why), Gio pitched pretty well in both of his starts. Though he only went 1-0 over 11.2 innings pitched and walked a few too many for comfort, Gio had a fair 3.86 ERA and an opposing batting average of .250. It should be noted that in the game the Nats lost, the runs credited to Gio were given up when he was no longer on the mound. Gio, while not as dominant as his teammates, looks to be coming into form.

Yes, Joe Ross has things to work on, and I won’t get into his start against the Padres, as he struggled mightily. But his start against the Mariners was one of the best of his career. Ross went 8 innings, gave up 1 run, 5 hits, walked no one, and struck out 6. The young gun has been shaky all season, but this start showed signs of something better and the potential for him to become a full-time starter. But he has a lot to work towards before he gets there.

It’s no question that the starters have been dominant over the last two weeks, and that means only good things for the entire team. When the rotation goes deeper and pitches better, there’s a decreased need to lean so heavily on the bullpen. And when the bullpen isn’t needed as much, they’re allowed to rest, and they pitch better. When the starters pitch better, the bullpen pitches better. And the bullpen has been great over the past two weeks, as well – they’ve only given up 2 runs over 10 games. This could also be attributed to the resurgence of Koda Glover, who stomped his foot down and put the bullpen into place, but I digress.

If the starters keep up this kind of work throughout the majority of the season, it will only do good things for the bullpen and the offense, and it will lead to a lot of wins for the team down the road.