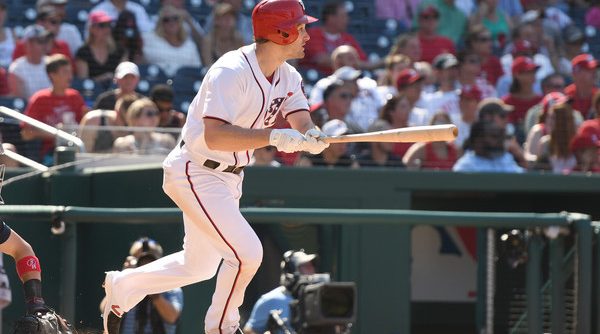 After Murphy’s inhuman 2015 postseason, where he slashed .421/.436/1.026(!) with 7 home runs, the Mets refused to make a real effort to re-sign him. They were content to make him the qualifying offer of $15.8M and receive draft pick compensation when he signed someplace else. In fairness, it’s not like he was the Nats’ first choice either. Mike Rizzo offered Ben Zobrist more than the $56M over four years that he took from the Cubs, then he tried to trade for Brandon Phillips (then a Red) who refused to leave Cincinnati, vetoing the deal. So on Christmas Eve, 2015, we Nationals fans had a brand new present gift wrapped for us as Daniel Murphy and the Nats agreed on a 3-year, $37.5M contract. Halfway through the deal, it’s already proven to be the best in team history.

Murphy’s deal is the best for two simple reasons: it was a modest investment to begin with and it’s paid already paid off. At only $12.5M/year, Murphy is cheap for a free agent. Zobrist got $14M/year plus an extra year (and is hitting .214 so far this year). So the Nats paid less than they planned for fewer years than they planned, and they got twice the player. More than twice, actually. Despite being a career .288 hitter, Murphy almost won the batting title last year by hitting .347 with 25 home runs. His 5.5 WAR 2016 season was worth $44.4M per Fangraphs, thus earning his entire contract (and then some) in the first year alone. He’s already up to 2.5 WAR (worth $20M) so halfway through this deal, he’s got 8 wins in the bank and earned $64.4M — more than Zobrist got for four years. His batting line this year looks remarkably similar to last year’s: .342/.393/.572 versus .347/.390/.595 last year. Not only has he proven that his 2015 postseason was no fluke, but also he’s started a launch angle revolution. He credits his late-career improvements to consciously trying to hit the ball in the air. And he’s gotten Ryan Zimmerman to do it too. It’s why they’ll be making up the right side of the National League All Star team’s infield, despite being the two oldest starters.

Murphy is not great defender. He might be the worst defensive second-baseman in baseball. But his consistent hitting more than makes up for it. As does his clubhouse leadership. Like Werth, he’s a positive influence both on and off the field. The Nats got a 5-win player for the price of a win and a half. He’s provided $20M in surplus value already and still has half his contract to go. Scherzer’s been Great (with a capital G). He’s well on his way to earning his contract, but he’s still got $80M to go. Werth has been great for the team too. His signing signaled that the Nats were done being losers and were ready to be winners. Nationals history will always be Pre-Werth and Post-Werth. But his injuries over the years, including this year, will keep him from earning all $126M of his deal.

Every double, every run scored scored, and every RBI Daniel Murphy racks up from here will only increase the size of the bargain the Nats have in him. He’s a 40-million-dollar man playing for less than $13 million. He’s the best free agent signing in recent baseball history and easily the best deal Mike Rizzo has ever done, whether he wanted to or not.