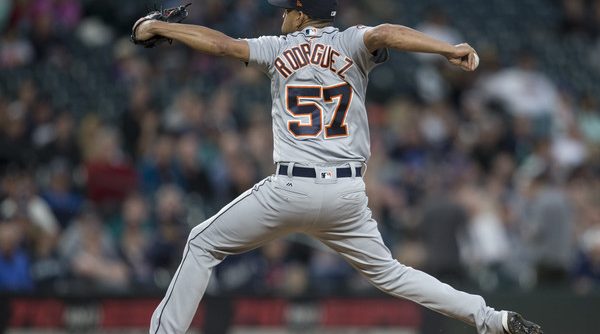 The All-Star festivities are over and the league is settled into a lovely break until July 14th, but there is no rest for fans, media, and team decision-makers. This week you will see plenty of think pieces on what “Team X” or “Team Y” needs to do in the second half to find themselves playing October baseball. While many are looking ahead to the end of the month and the ever-interesting trade deadline, here we will look at what the next two weeks or so have in store.

The Nationals come out of the break with a relatively easy schedule on paper, but far from a cakewalk in practice. They will be on the road until July 25th, beginning a nine-game road trip with four against the Reds and finishing with a trip to Arizona. The Nats have struggled in Cincinnati recently, losing five of their last six, and the Diamondbacks are currently a half game better than Washington. If you were hoping to see the Nats to break out of their recent slide, don’t expect it to come easily. Fortunately, the Braves have what might be the toughest mid-July schedule in the league: three at home and three on the road with Arizona, four against the Dodgers — the league’s best team — and three against the desperate Cubs. To see them even break .500 during that stretch would be a shock, so the threat of Atlanta cutting deeper into the NL East lead is not imminent.

While most fans probably accept some treading water, what with the plethora of injuries over the last month taking a toll, they will not be satisfied just because the large division lead appears safe. The only thing that Nationals fans really want to see in July is a rebuilt bullpen. Keep in mind that while GM Mike Rizzo has been known to make smaller deals at any time, he has waited until late in the game to make the “big move.” Jonathan Papelbon was acquired on July 28th two years ago and Mark Melancon was picked up on July 30th. What should you look for in the meantime, then? Well, the minor leagues are currently overrun with both young and old arms that could find their way into meaningful roles. We have written extensively about guys like Erick Fedde, Trevor Gott, and Austin Adams here at The Nats Blog, but there are a couple guys who are in the system solely to be options this season.

The first is well-known veteran Francisco Rodriguez, who was signed in late July. He was sent to the Hagerstown Suns from the Potomac Nationals (both Single-A) on July 12th, the same day as his contract allows him to opt out. This news is interesting because that out was expected to be utilized by K-Rod if he was not with the big-league club by then. I am not exactly sure what this move means, but this is definitely worth following over the next couple days as I would expect his situation to be resolved soon.

The other veteran getting work in the minors is a familiar face: Edwin Jackson. The former National has yet to allow a run in four starts as a Syracuse Chief (Triple-A), which would open eyes even if in an organization with zero pitching problems. He prevents dual-value: Clearly, he is capable of being a starter and is definitely an option if Joe Ross has to hit the DL after a pitching arm scare just before the break. He could also get called up as a reliever, the role he was in to begin the year before being cut by Baltimore. Either way, Rizzo has to decide before Jackson’s opt-out date: August 1st. I would be surprised if that decision is not made soon because he has been so effective in AAA that giving him a couple starts or a half-dozen relief appearances would allow sufficient time to evaluate whether he can hold down a spot the rest of the year. Rizzo is able to be somewhat more patient with his battalion of younger guys because they have no contractual deadline. Still, I expect Washington to mix in fresh faces to see if they can catch lightning in a bottle and lessen the need to sell a large part of the farm for a pack of outside arms.

Over the next couple weeks, try to enjoy what is likely to be mediocre baseball from a win/loss standpoint and focus on the pre-trade deadline roster moves. The large division lead gives the Nationals serious flexibility in trying to find an acceptable pen situation and getting key players healthy. This team’s success will not be judged on regular season success, and certainly not on mid-July success. The next few weeks will determine the path that they take into the end of the year and into the judgement of fall baseball.