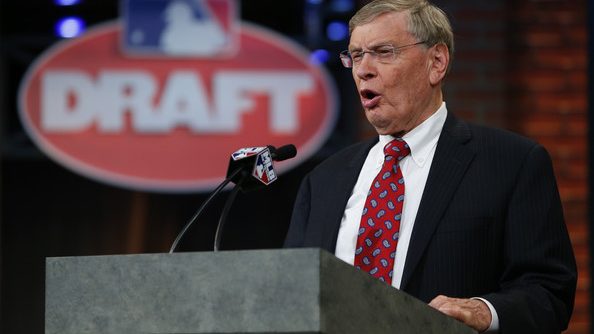 It’s no secret that the Hagerstown Suns are among the most talented teams in minor league baseball. Led by their prospect-studded offense, the Nationals’ Single-A affiliate has jumped out to a South Atlantic League leading 46-34 record, producing a league-high 7 All-Stars. Among those All-stars was Fort Worth native and former Oklahoma Sooner Sheldon Neuse. It’s hard to stand out on a star powered team like the Suns, and Neuse found himself quickly overshadowed by his teammates following a slow April. However following his disappointing start, the third baseman has been able to make adjustments and put together a solid season on both sides of the ball that has caught attention across the league.

Drafted in the second round of the 2016 MLB Draft for a below slot $900,000, the then 21-year-old Neuse drew attention for his ability to draw walks and hit for power. In addition to starting at shortstop for the Sooners, the right-handed Neuse also pitched out of the bullpen and reportedly reached the mid 90’s as the team’s closer down the stretch. Before his junior season the two-way player failed to truly breakout at the plate, but following a dominant 2016 in which Neuse recorded a 1.111 OPS his future was sealed. However, that isn’t to say Neuse’s offensive profile was without flaws. As is so often the case with power hitters, Neuse had a propensity to strike out, and scouts weren’t enamored with his lengthy swing. Usually a shortstop who put up an OPS north of 1.000 in  a major conference would be a lock for the first round, but with the concerns surrounding Neuse’s hit tool and ability to stick at short that weren’t helped by a disappointing summer on the Cape, Neuse found himself falling all the way to the mid second round.

When Neuse scuffled out of the gate during his debut season, the concerns surrounding aspects of his game seemed well founded. While his overall stats were held back by a dreadful June, Neuse still fell short of expectations during his time with the Doubledays. As a second rounder out of an upper tier college program, expectations for Neuse in the New York-Penn League were understandably high. However Neuse was never able to fully recover from a dreadful start and finished with a lackluster .230/.305/.341 batting line with only a single long ball. For a player drafted for his ability to draw walks and hit for power, an OPS south of .700 simply wasn’t going to cut it, so the recently converted third baseman was out to prove himself in 2017.

Despite a less than stellar start to the season, Neuse quickly put many of the questions surrounding his game to rest with a blistering May. Since his 5 RBI breakout game against Lexington on April 30th, Neuse has batted .291/.337/.480, improving his season line to a solid .279/.333/.457 with 9 HR’s on the season and good enough to land him a starting spot on the South Atlantic League All-Star team. While home run derbies are never indicative of performance, it was encouraging to see Neuse win the SAL derby over the league’s All-Star weekend and display the raw power scouts have become so enamored with. The former Sooner still isn’t walking like he did in the NCAA, or even in 2016 for that matter, but his ability to hit for average and power in the pitcher friendly South Atlanta League are encouraging to say the least. Whether this statistical improvement is the result of a change in approach or because of luck is hard to say, and likely ,as is the case in all things, it’s a little bit of both.

Thus far in 2017, Neuse has received his fair share of favor from the baseball gods, as evidenced by his .330 BABIP. For a power hitter, and especially for an aggressive one like Neuse, that number isn’t ridiculously high, but it still means his batting line may be somewhat inflated. However, that isn’t to discount the changes Neuse has made to his approach at the plate. Neuse attempted to shorten his notably long swing over the offseason and when you look at his batted ball statistics you can clearly see that he has shifted towards a more all-or-nothing philosophy at the plate. Not only has Neuse’s K% gone up, but he is also hitting fewer line drives than in 2016, and his GB% and FB% have each gone up by approximately 3%. While a more aggressive approach may not be in Neuse’s best interest going forward, it seems to have helped him tap into his latent power and for now helped him make more consistent contact.

On the other side of the ball, Neuse projects as either potentially plus or below average, depending on which position you see him playing at in the future. Most scouts see Neuse permanently transitioning to the hot corner as a professional, and I tend to agree. While Neuse has started 45 games at short as a pro, played there for his entire collegiate career, and has a cannon for an arm, at 6’0 195 he simply doesn’t have the mobility to be an everyday major league shortstop. The arm that once through mid to high 90’s is easy to dream on shortstop defense is at an absolute premium right now, and as Neuse continues to physically develop the chances of him being able to provide passable defense at short become less and less. But at third, Neuse can employ the skills he used up the middle to become at least an above average defender. His arm will still be a factor at the hot corner, and with less ground to cover Neuse will be able to make use of his quick feet and good hands much more effectively. As Neuse has roughly split his professional time between short and third, the jury is still out, but the general consensus is that Neuse is a third baseman and that is how we should judge him as a prospect. Any positions Neuse can cover in addition to third, whether that be shortstop or not, will only be an added bonus.

With a top prospect starting at third for nearly every Nationals affiliate it doesn’t appear that Sheldon Neuse will be rushing his way to the majors anytime soon. Despite a good start to the season, the young third baseman still has many things to work on before becoming a true high end prospect. The tools are all there for a potentially average or second division major league regular (think pre-2015 Mike Moustakas), but if Neuse can’t generate consistent contact we may be looking at Matt Skole 2.0 with less power. Neuse’s potential defensive versatility and athleticism will only improve his value, and if this whole hitting thing doesn’t work out, his electric fastball gives him a better insurance policy than most prospects.