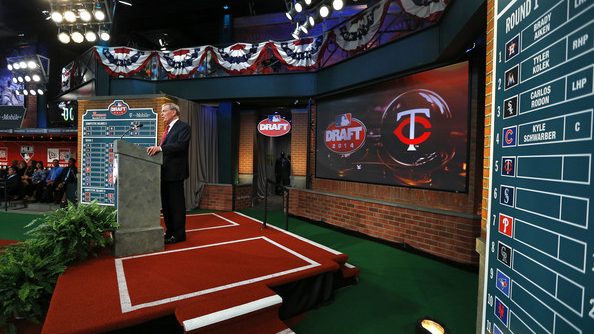 With the All-Star break a week behind us we’ve entered the dog days of summer, and the second half of the baseball season is in full swing. Most minor leagues are already well into their latter halves, but the beginning of the major league second half is nonetheless extremely significant for therm. The trade deadline is fast approaching, and the number one commodity moved at the deadline is of course prospects. Additionally teams will typically promote prospects around the time of the All-Star break, and when you consider September call-ups, minor leaguers are always a couple of phone calls away from a life-changing event. For an organization with as many major league needs and impact prospects as the Nationals the second half is especially uncertain; and so with that said I hope to give you a picture of what to look for and expect out of the Nationals farm over the course of the second half.

First and foremost the trade deadline is less than two weeks away, and that means we get to play everyone’s (besides me and Flax’s) favorite game, HUG WATCH! We already had a scare Monday night after Victor Robles was pulled in the sixth inning for no apparent reason. Of course this set Nats twitter aflame, as it could only mean we were simultaneously trading him for every closer, starter, and outfielder on the block. What really happened was that he had a mishap running the bases and was promptly pulled by Mets legend and Potomac manager Tripp Keister. But this incident is indicative of just how ravenously us fans look for any indication of and incoming move. Hug Watch is the same as NBA fans losing their minds after their favorite player tweets an emoji; it’s stupid and most of the time just winds up in the fans chasing smoke, but it can be a lot of fun and there’s nothing quite like seeing twitters reaction to a 19-year-old being pulled mid-game.

For the Nationals almost every prospect from Syracuse to West Palm Beach is on Hug Watch, but there are still names I can’t see moving. Erick Fedde will likely stay put largely due to the dearth of viable pitching depth options and because his value isn’t exactly at it’s highest at the moment. The same can be said for Juan Soto who has spent much of the season on the disabled list. Soto is a potentially transcendent hitting talent, and while his value was higher than it’s ever been earlier this season, it wouldn’t make much sense for the Nationals to use him as a trade chip now that his value has been somewhat diminished by his injuries. Of course the number one player on Hug Watch is Robles, but the Nationals would need to be receiving a major piece in order to part with a top 5 or 10 talent in the minor leagues. Mid-tier prospects such as Carter Kieboom and Luis Garcia will also likely be looked at by clubs, and could be the focal point of a smaller scale acquisition.

As trades pick up during the summer, minor league promotions (the player kind not the Star Wars Night kind) also gather steam around the end of July. While promotions aren’t uncommon in the first half of the season, these are usually limited to organizational depth guys, players repeating a level, and the rare player who is so clearly dominating that it would be detrimental to their growth to remain at their current level. For the most part, teams prefer for a player to wait until mid-summer to promote their minor leaguers for a number of reasons.

Firstly if a guy is playing well, a promotion is just about the strongest demonstration of confidence a team could giver to said player. Rewarding good play with a promotion is important as it shows your players that their performance won’t go unnoticed, and gives players, especially lesser known prospects, a morale (and financial) boost to end the season. Waiting until July to promote players also serves a practical development purpose, as it gives the league time to adjust to the player and in turn gives the player a chance to adjust back to the league. We saw the danger of promoting a prospect too early when Andrew Stevenson got off to an ice cold start in Syracuse. Although Stevenson has since adjusted to AAA pitching and has been lighting the world on fire, his early struggles temporarily diminished his value and took him out of the early season depth picture. Additionally if a player is expected to start the year at a higher level, giving him a taste of that level to end the year will help him hit the ground running next season and hopefully help speed up his development.

The Nationals have a tendency to promote players in waves, but we’ve yet to see that this season. This is likely due to the uncertain status of many high level prospects, most notably Robles, who seems to be a few days away from promotion every week. Robles has dominated the Carolina League, posting the league’s third best OPS despite being its third youngest player on Opening Day. I expect to see him move up once the Nationals figure out their plan for the trade deadline. After that, that we’ll likely see the promotions of a slew of lower level guys at Harrisburg such as Raudy Read, Jose Marmolejos, and Phillips Valdez to the anemic Syracuse roster, and then the dominoes will begin to fall. Some other names who could see promotions this summer are Daniel Johnson, McKenzie Mills, Sterling Sharp, Kelvin Gutierrez, Grant Borne, Branden Boggetto, Yasel Antuna, and Luis Garcia.

With Wil Crowe making his professional debut yesterday, 29 of the 33 players the Nationals signed out of the 2017 draft have debuted, leaving only Seth Romero, Cole Freeman, Trey Turner, and Leif Strom as the only draftees yet to make an appearance. Romero and Freeman were the last two players to sign, while Turner and Strom are recovering from Tommy John surgery. For the most part a players first summer in professional baseball can usually be disregarded from a performance standpoint, but there are still many things worth observing among the newest crop of Nationals. I’m going to start by immediately contradicting myself and saying to watch out for breakout performances from the new draftees, specifically players drafted in the lower rounds. If a players struggles during their first season as a pro holding against them would be unfair. Many draftees are playing up a level talent wise and getting used to life as a professional is a daunting enough task as it is.

However, that doesn’t mean we should ignore good performances. Precisely because many draftees are playing up a talent level, good performances deserve that much consideration depending on the scenario. If a 22-year-old is dominating the GCL, then we need to take that performance with a grain of salt. However if a Division II or Division 1-A player were dominating the New York-Penn League, then that would be a different story. While it’s still too early to judge the performances of the 2017 draft class, it’ll be worth taking note of any players separate themselves with a strong short season debut.

Of course the most important thing to watch for during a players debut season isn’t their performance, but how they handle the transition to professional baseball. For no player is this more true than the first round pick Romero. Romero has had well documented attitude issues in the past, but that kind of thing won’t fly in the majors, even for a premiere talent. How Romero adjusts to the limelight and having serious money for the first time in his life could set the tone for his career as a National. Because of his previously mentioned past issues and exceptional talent, Romero will inevitably attract the most attention of any 2017 draftee, so his performance on and off the field will likely dominated the summer news circuit on the Nats farm.

With the Nationals seemingly locked into their third playoff appearance in four years, it looks like it’s going to be an exciting summer for the entire organization. Despite last week’s efforts to bolster the pen, the Nationals still have a ways to go if they hope to make a serious playoff run in a league that still has the Dodgers and Cubs. Any upgrade will likely have to come from the trade market, and with a team as talented as the Nats, that means that no prospect is off limits in pursuit of the long coveted World Series. For a minor leaguer that is a daunting prospect (pun intended) as a trade can be life changing, partially because they could be moving from the DMV to sunny Bluefield, West Virginia, but mostly because every organization is different and a change could completely alter your career path. Even if a prospect isn’t traded, lives will be changed throughout the summer as players move closer to their major league dreams, and kids take their first steps on the pass to said dreams. While the big club will likely be stealing most of the shine down the stretch, the there is plenty to watch (as always) down on the farm.