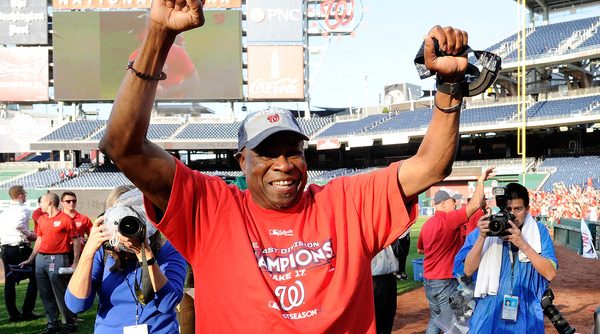 Welcome to the first of a two-part series titled “Nationals History Lessons,” where we look at history as it relates to current events and allow readers to utilize the post hoc fallacy to jump to conclusions! First up, we look at how the three Nationals playoff teams and their playoff opponents fared in the month of September. We will then look at the 2017 Nationals and their NLDS opponent, the Cubs (no one really thinks it’s going to be anyone else, right?). This is meant to be a fun exercise, not an assumption of future events based upon three five-game series from the past nor a rehashing of painful memories from October. With that said, let’s get started!

The Nationals played 31 regular season games from September 1 until October 3. They went 18-13 in that stretch. This included a three-game series in St. Louis between 9/28 and 9/30 where the Cardinals took two of three. They finished the season playing 16 games in 15 days.

The Cardinals played 30 regular season games from September 1 until October 3. They went 17-13 in that stretch, including finishing the season 8-3 (the Nats finished 6-5). They played 14 games in the final 15 days of the year. The Cardinals held second place in the Central the entire month.

The Nationals played 27 regular season games from September 1 until September 28. They went 19-8 in those games. They finished the season on a roll, winning 9 of their final 11, including shutouts in three of those games (the last of which was, of course, Jordan Zimmermann’s no-hitter on the final day of the year). They played two double headers in the last week of the season, forcing them to play six games in the final four days. They did not face the Giants in September. The Nationals held first place the entire month.

The Giants played 25 games between September 1 and September 28. They went 13-12 in that stretch. They lost six of their last ten games. The Giants had ten games in the final ten days but no double headers. The Giants were in second place in the West throughout September.

The Nationals played 29 games between September 1 and October 2. They did so with a record of 17-12. They finished the season with ten straight games, going 6-4. They did not face the Dodgers during the final month. Washington went 4-3 in their final seven games. They held first place throughout the month.

The Dodgers 29 games between September 1 and October 2. They had a record of 17-12, including losses in five of their final six games. They played nine games in the final ten days of the year. They never lost control of first place during September, although it was within two games early in the month.

The Nationals played 17 games between September 1 and September 19. They have no more off days the rest of the season, which means they finish the year with 13 straight games. Their September record is now 10-7. They have not played Chicago since early August. Washington has been in first place in the NL East since April 16.

The Cubs have played 17 games between September 1 and September 19. Like the Nats, they end the season with thirteen straight games. Chicago is currently 11-6 in September and are on a 7-game winning streak. The Cubs have been in first place all of September, and have been so since July 26.

Here are some thoughts on all of this. First, the Nationals have never had a favorable end-of-season schedule relative to their opponent. Ending the season without an off day for two weeks is rough, but at least this season there is equality between the Nats and Cubs. End of season record has not shown to make a difference one way or another for the Nationals, so don’t necessarily worry about that down the stretch. Finally, the Nationals have proven that regular season record means nothing. This will be their fourth straight appearance with home-field advantage, which has not been favorable to them in the past. Does that make it bad? Probably not, but it certainly hasn’t proven to be a boon.

The reality is, far bigger indicators of victory cannot be covered in historical data. The Nationals lost their number two starting pitcher and their starting catcher in September 2016. Would they have defeated LA with those guys? It wouldn’t have hurt. On Thursday, Jake Arrieta made his first start since injuring his hamstring on September 4. Bryce Harper took a big step towards rehab by appearing in a simulated game on Tuesday, but the most optimistic reports don’t have him back until next week. The health of stars like these and all other players will have a far greater impact on the playoffs than a team’s record or home-field advantage.

I hope you enjoyed a look into what September was like each of the last three seasons that the Nationals made the playoffs. Stay tuned for part two next week, where we look at how each season in Nationals history ended.