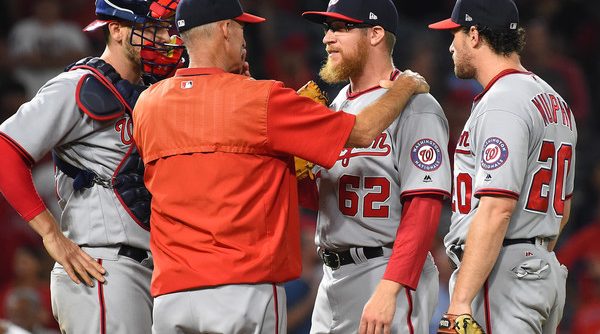 Monday was a monumental day for anyone who is invested in the life and happiness of the franchise’s wonderful closer. New National Sean Doolittle and Eireann Dolan, a comedy writer studying Theology at Fordham University, eloped Monday, becoming the first Nationals to ever get rings in October.

Dolan says they’ve never been happier. Me neither.

We had the afternoon off so we eloped and we’ve never been happier ✨✨✨ pic.twitter.com/NrVB7Klf3R

This sentence/paragraph is dedicated to Eireann’s outfit, the most rad eloping ensemble in the game. 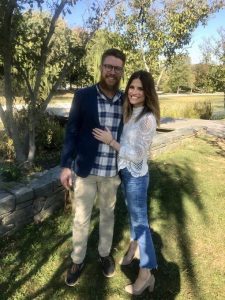 The two were engaged in early February 2017, when the Nationals were but a twinkle in Doolittle’s eye. Sean announced the happy occasion with a tweet and bobbleheads. [Also, Smash Mouth, who would feud with @Athletics a month later, was involved, which is somehow extremely Baseball (™)?]

What are you waiting for Sean?  We’ll play at the wedding, howe’s that?

Dolan tweeted about wedding planning through the engagement, so the marriage announcement was the best day-before-the-postseason-surprise, all but securing the World Series title. Doolittle sweetened the social media post by following up with a love poem that poets themselves will write love poems about, helped along by a Borat (*Bryce Harper voice*) meh-mey.

Roses are red,
Lillies are white.
So happy that I,
Can now call you pic.twitter.com/Gqjn5zf3MM

This is romance, people. Sorry if this offends.

The pair is the epitome of a dynamic duo, teaming up to express their love for others through dedicated work. Whether it be veterans, refugees, or the LGBTQ community, they are committed to a greater good.

Dolan offered to buy tickets from fans boycotting Oakland’s Pride game in 2015, and Doolittle is an outspoken supporter of LGBTQ people. Both are fighting for better healthcare for veterans, including bad paper vets. For Thanksgiving 2015, the couple hosted Syrian refugees. In hard times, like those that came with the reports out of Las Vegas Monday morning, they say to look for the helpers. Sean and Eireann are always that.

Relentlessly pushing to improve others’ lives by day, and helping turn around the Nats bullpen by night, Doolittle barely needed a week to become a part of the fabric in Washington. Dolan barely needed a day to endear herself with curly-w/Walgreens jokes on Twitter. Now they’re teaming up forever and ever, in DL and in health, ‘til contract expiration (?) do they part.

We’re just all waiting for the Bartolo wedding pictures that were promised, guys.