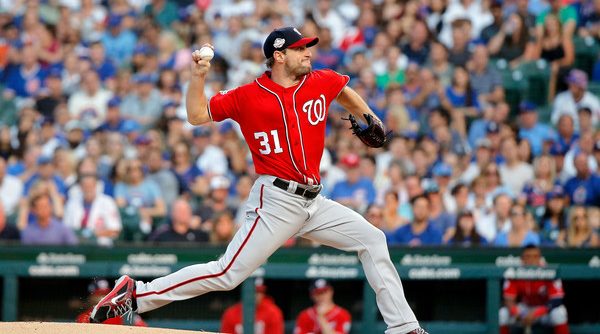 All season long, we’ve been patient. We’ve been waiting for the Nationals to click and get everyone going on all cylinders. A few times, it looked like it was going to happen, but then they’d fall flat again. But I haven’t worried, and I’ve been waiting for them to get it going, to really hit their stride, that they’d come around eventually, they had time.

But it’s not going to be easy. The Nationals have a very difficult schedule ahead of them. They only face two opponents with records under .500 for the entire rest of the season, and those teams are the Mets (7 games) and the Marlins (8 games). August and September features two series against both the Cubs (4 remaining games) and Cardinals (7 games), a three-game home series against the Brewers, the final series of the year in Colorado against the Rockies (3 games), and plenty of matchups with the Braves (3 games) and Phillies (9 games).

The schedule is absolutely brutal, but if the Nationals are actually winners and have aspirations of being division champs, this is the time to prove it. Winners come from adversity, and the schedule does seem to predict that will happen. The Nats have the chance to sink or swim in the remaining seven weeks, and if they can power through, they will end up stronger on the other side of it.

The Nationals have been showing good signs in the past few weeks. The starting pitching staff is getting back on track and putting up quality starts for the most part. Daniel Murphy, Bryce Harper, and Ryan Zimmerman are all starting to get hot. Signs are, for the most part, looking up. The biggest thing is to get timely hits, and especially to get hits with runners in scoring position. That and proper management of pitching and deployment of the bullpen will be key to a successful run down the stretch.

And most of all, don’t forget to have fun and enjoy the games while you can. After all, this is a game, and you’re supposed to have fun. It’s benefitting no one to think negatively about your team all the time. No matter how this ends, at least enjoy the ride.