Home  /  Uncategorized  /  The Time Has Come To Celebrate, And To Say Goodbye
William Yoder November 08, 2019 Uncategorized Leave a Comment 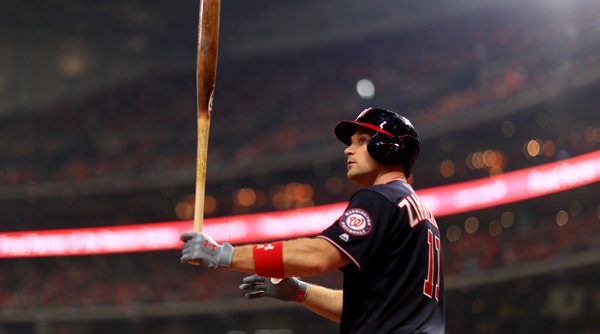 As I come down from the beautiful hangover of October, it’s hard to put into words how fantastic this 2019 ride has been. As fans we agonized over a terrible start, dealt with injuries, and the blow of losing our former franchise star. We made really bad takes about getting rid of our manager, and feared for the worst…when little did we know the brightest days of our franchise were right around the corner.

From May 24 on the Nats had one of the greatest runs of any team in regular season history, winning 75 of their last 100 games. The record doesn’t do that ride justice however. We saw so much character from this team. Come from behind wins, battling through injuries, and most importantly we saw them have fun for the first time as a franchise. I will never forget the joy of seeing them overcome deficits in elimination games, the joy of Ryan Zimmerman’s face when they reached and won the World Series. I was so proud watching the once fragile Stephen Strasburg show the ultimate toughness in what is arguably the best postseason performance from any pitcher in history, and I was filled with hope as I saw Juan Soto elevate above the biggest moments the game could serve up to him.

I had waited my entire life for this city to become a baseball town, and after witnessing the parade downtown this past weekend I can say we finally made it.

And so…the time has come. To once and for all to say goodbye. It’s surprising to me that I am getting emotional writing these words given the fact that the blog hasn’t been updated since last September and I haven’t written in it regularly for years…yet I know this is the perfect moment to officially and formally say goodbye and bring to an end a website that I have worked on for one third of my life.

But it’s more than a website. It’s a piece of me. It was a vehicle for me to launch my career in ways I never could have possibly expected. It was a way to express my fandom and most importantly it was a way for me to connect with thousands of you. Hundreds of thousands of you. As fans of the game and fans of our hometown team. If nothing else I will take from this the community we got to be a part of. Nats fans are amazing, creative, and have so much heart. There used to be very very few of us, and it’s been so rewarding to watch the city, and the country adopt this team. I hope to think that we will be remembered as playing a very small role in the development of the online fandom around this club.

That said, it is definitely time to hang up the keyboard. For too long now I’ve been asked if I still run the blog? Do I still write? I’ve had differing answers through the years…and have had many helping hands in carrying the banner to technically keep this thing running. But closure is important. So this will be the last blog post written here. I plan for the website will stay up indefinitely as a record, and I will keep the Twitter account active as a way to participate with all of you moving forward.

Thank you everyone who supported us and who have read our work. Thank you to all of the amazing contributors and editors who kept this alive through the years. Specifically Joe Drugan, Erin Flynn, Andrew Flax, Ted Youngling, Bryce Stucki, Sam Farber, Mina Dunn, Ben Koo and many many more who have been a part of this through the years.

The night I began this blog the Nats had just lost their 9th straight in the midsts of a 2008 season where they would lose 102 games. In fact, these were the first words ever written here: “It’s a sad note that I am starting this blog on the night the Nats set a mark for their worst losing streak since coming to Washington.”

So with that. It is an honor and a privilege to know that after 11 years of coverage, millions of visitors, thousands of blog posts, 100 loss seasons and devastating early playoff exits…these will be the eight very last words ever written here:

The Washington Nationals are the World Series Champions.

– Will Yoder, Founder of The Nats Blog