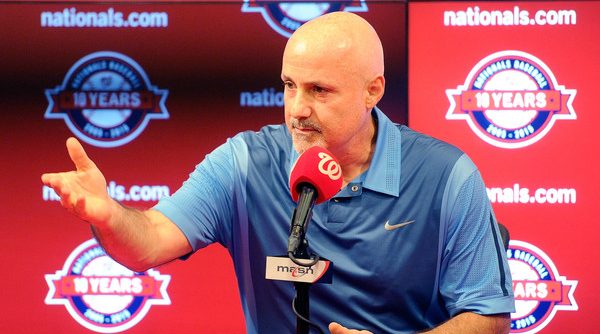 The chance to see adorable letters written by small baseball fans in hopes of persuading their favorite teams’ general managers to do their bidding is one of the best things about the advent of social media. (Though, it was not as cute when a kid asked the Giants to sign Mark Melancon. Never forget.) It’s a modern day Dear Abigail, but with more desperation.

Saturday afternoon, little Natalie spoke for all Nats fans when her mom posted a picture of a letter she sent to Nationals GM Mike Rizzo, asking him to pull out all the stops to sign Bryce Harper and Jayson Werth. She even slipped him a 20 (plus one) to make it happen.

The tweet was posted two hours before the Nationals officially announced Bryce Harper’s 2018 agreement, I might add, meaning that Natalie is the bringer of rain if rain is defined as the multitudes of 21 dollars it will take to extend Harper.

The Nationals official account has yet to respond (rude), but Natalie is a Florida native, so she has gotten a few sweet photo-ops with Bryce and JW, which means so did we.

I can’t tell if I want her to grow up to be Bryce’s agent or Bryce’s GM.