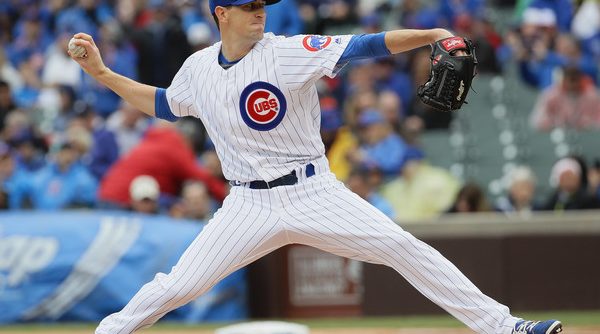 Back by popular demand, the September Awareness Guide is here! In the month since we last did this, the Washington Nationals still have an enormous division lead and thus are still not exactly appointment television. With that in mind, there are a few things to follow the last four weeks around baseball besides updates on Bryce Harper’s physical, and mental, health.

For Nats fans, there is plenty at stake for you in the form of the NL Central race. Even with the Dodger’s recent slide, LA will finish as the top team in the league. That leaves the Nationals to face the winner of the Central, which has been a race to the bottom in many respects. After a hot start out of the All-Star Break, the Chicago Cubs have been inconsistent yet again even with one of the easiest second half schedules in the league. Only 2-3 in the first five games of September, they hold the division by three games entering September 6th only because of the Brewers’ major slump. With neither team inspiring a great deal of confidence, a hot two weeks by either team could put them into the playoffs.

On the other side of the league, the American League Wild Card race is piping hot. The Yankees have a slim lead for the top spot and the Twins and Angels are essentially tied for the final playoff spot. With three other teams within three games (Baltimore, Texas, and Tampa Bay), this race is as wide open as it could be. For fans of chaos, the potential of winner-take-all tiebreakers before the winner-take-all Wild Card Game is a dream come true.

As I did last time, here are a few series I will be keeping a special eye on.

Many of you have probably been scoreboard watching for both of these teams for weeks, but the division could very well be won or lost in these seven games. Milwaukee has a steep hill to climb, so they need to do more than just win three or four of these games. If they can win five or even six, the last week of the season could become really interesting. Also of note: The Cubs’ last seven games are four at St. Louis and three at home against Cincinnati. Milwaukee has only six games after the last Cubs game with three at home against the Reds and three visiting the Cardinals. Since neither has a schedule advantage, whoever is trailing after the 24th is going to need a near-perfect week to catch up.

This is going to be a battle of hot teams facing off with plenty at stake for both teams. The Orioles are just a single game back of the Angels (as of September 6th) so they can’t afford to lose ground even when facing a team that has won 13 games in a row. Cleveland has ridden that streak to nearly catch Houston for the top seed in the AL, which is highly valuable. Avoiding the Red Sox in the first round is a prize on its own, but considering the Wild Card winner will have burned at least their top starter and potentially top two starters if there are tiebreaker games, that is an advantage worth winning. Now just three games behind the Astros, they have a chance to win the league. Sunday’s game can be seen on ESPN in case you decide it is worth watching American League baseball.

Interestingly, this is the only matchup between the Rangers, Angels, Twins, and Orioles the rest of the season, making it the most intriguing series played by any of those teams. The Angels may have the inside path to the Wild Card considering they hold the spot currently and play their final seven against the White Sox and Mariners. Still, the Twins also get the benefit of a series against the Padres and seven games against the Tigers, so their schedule is at least as favorable. Are the Angels and Twins on a collision course with Game 163? Let’s hope so. The Rangers won’t go down easily either, with seven of their final ten against the A’s. With none of these teams facing a brutal end of season schedule, we could see teams with hot streaks racing to the finish line.

I have to suggest watching the Nationals at least once, right? Seriously though, there is no excuse to miss this series. With the Dodgers looking plenty vulnerable and the Nats continually bringing back healthy players, LA might not be the favorite in this weekend. If nothing else, it is a matchup of the league’s two best teams with plenty of regular season award candidates on the same field. Sunday Night Baseball on ESPN for this series, if listening to uninformed former players talk about 2012 Stephen Strasburg is your cup of tea.

The final weekend of the season lacks the type of marquee matchups one would hope for but there’s chance that the Brewers are still in the AL Central hunt at this point. If that happens, all eyes will be on St. Louis and Chicago as the calendar turns. If these games matter, count on them being televised somewhere whether its ESPN, Fox, or if nothing else MLB Network. Best case scenario? We get a final day like in 2011 except the NL Central has to be decided by a game 163. Perhaps that is wishful thinking, but there’s gotta be something worth hoping for after the Nationals clinch in early September.