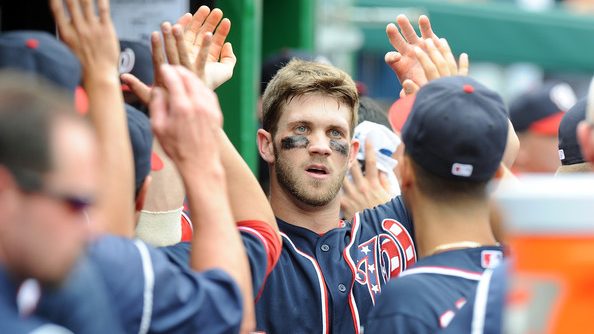 Bryce Harper got his hair done in Miami, posted a picture of it on his Instagram story, and the entire internet has decided this means another year without a Nats NLCS appearance. And well, we’re inclined to disagree, but it’s hard to really blame them. 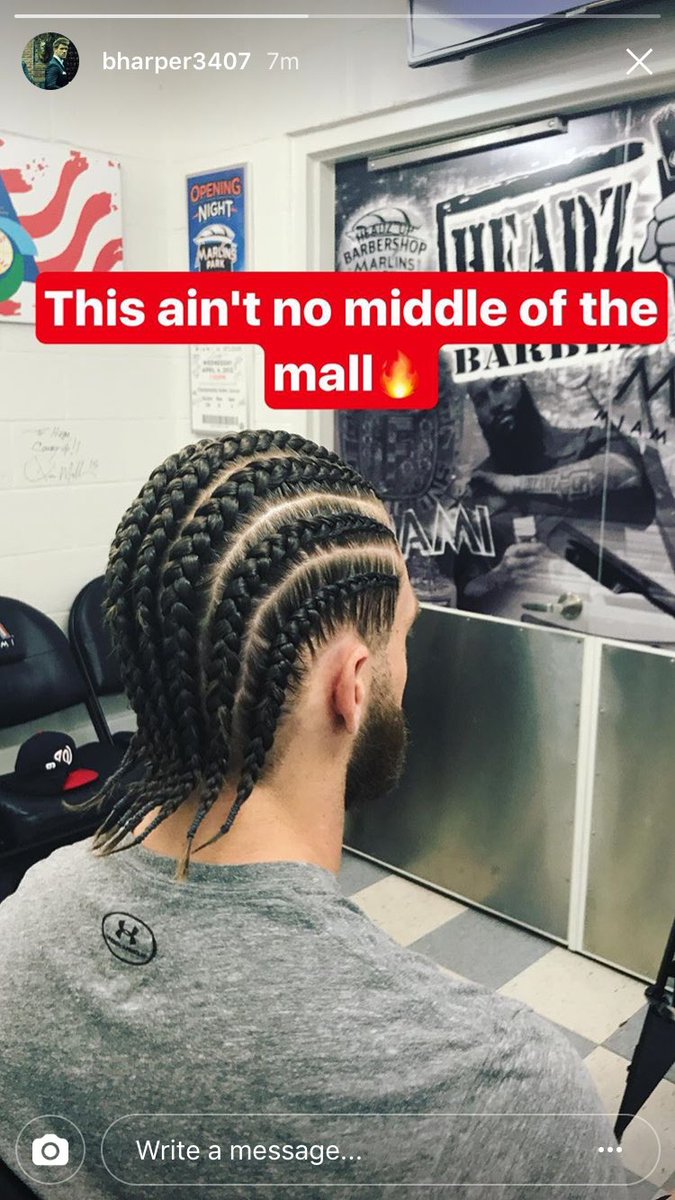 W…what kind of white nonsense is this, Bryce? We knew, thanks to the power of Twitter, that Bryce Harper was going stir-crazy on the DL. But further proof, that maybe we didn’t need, has been given.

The problem isn’t really with cornrows. His icy blonde hairdo of 2015 wasn’t even as bad as this. The problem is white people in cornrows. Here’s a google search for cultural appropriation if you’re curious about why.

If nothing else, think of the hair flip extinction that might come of this.

Harper was shown by MASN cameras pregame, throwing for the first time since landing on the DL with a knee contusion. His hair was still long and flowing, so he must have made his trip to the barber’s chair not long after.

Hugo ‘Juice’ Tandron, the Marlins official barber, is almost as big of a staple at Marlins Park as the home run sculpture. Harper and other Nationals have often expressed excitement for Juice’s skills. Tandron posted David Ortiz in his chair as early as Friday. But it’s not yet clear that he’s the mastermind behind Harper’s, uh, work.

The big homie @davidortiz slid by & kicked w all the boys at the shop today! There’s a reason why he’s so loved & respected by so many!! #headzupbarbershop #bigpapi #headzupfamilia #headzupcutz #mlb

Searching google for the phrase “This ain’t no middle of the mall” turns up quite a few Riff Raff-related links.