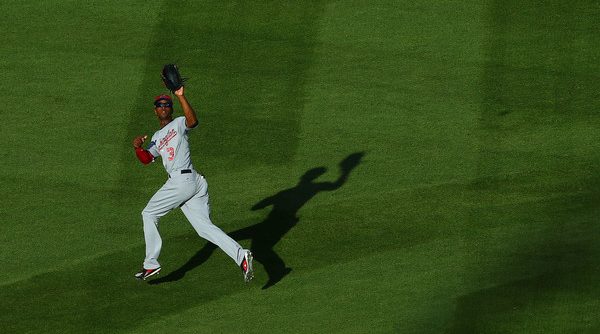 Losing Turner to injury and the game to Blake Trenien last Thursday was literally sickening. This season is like enjoying a fantastic meal then getting food poisoning. The horrifically bad can overshadow the incredibly awesome, to say nothing of the moderately interesting.

Yet like so much in life, finding beauty in the little things can prevent one from throwing oneself in front of a metro car. Stars are gonna star. And scrubs are gonna scrub. But sometimes a scrub take a step forward to become reasonably serviceable. Michael K. Taylor becomes Michael The. Taylor. Baseball fans must be sadists to enjoy this game of failure. It would explain why we hold the bad beats close and take the wins for granted. For me, witnessing small victories keep me hooked. Seeing a former top prospect live up to their forgotten hype like Taylor and Goodwin or a non-roster spring training invitee (who looks like a non-roster spring training invitee) dominant like Albers is the best tonic for whatever the hell Trenien is doing out there.

Hurt players get healthy and scrubs get cut. The Nats have the luxury of being the only team in the NL East with a winning record, which means they have the luxury of letting these things play out. In the meantime, we get to see what marginal players have value and which don’t. Taylor, Goodwin, and Albers are earning October roster spots in the shadows of Max and Bryce and Zim and Tony and Stras. And there is time to replace the bums playing themselves off the fall roster.

We’ve got a lot more winners than losers on this team. There might be four Curly W’s starting the All-Star game and the losers will be gone soon. Celebrate the stars. Embrace the overachievers. And give zero ****s about the scrubs.

Basically, we should all be having a lot more fun watching this team.